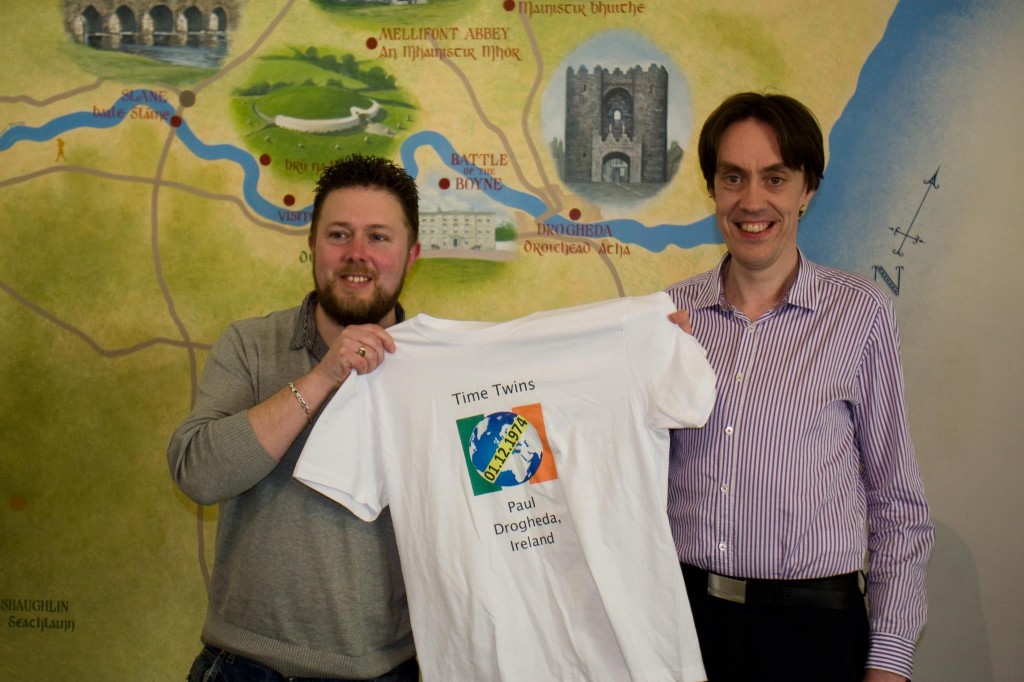 The next Time Twin trip took me on the short trip over the Irish Sea to Drogheda, to meet novelist Paul.

Over the course of a fascinating and hugely enjoyable weekend Paul and his charming family gave us a wonderful insight into life in Ireland – into cultural identity, religion and art and even took the time to introduce us to a Gaelic Football match.   It was inspirational to hear about how Paul had taken time from his career to follow his dream of becoming a published novelist. It was an honour to be given a tour of the locations in and around the town of Drogheda which feature in his  debut novel, The Pebble

After the interview, Paul kindly took the time to share his thoughts about participating in the Time Twins project.