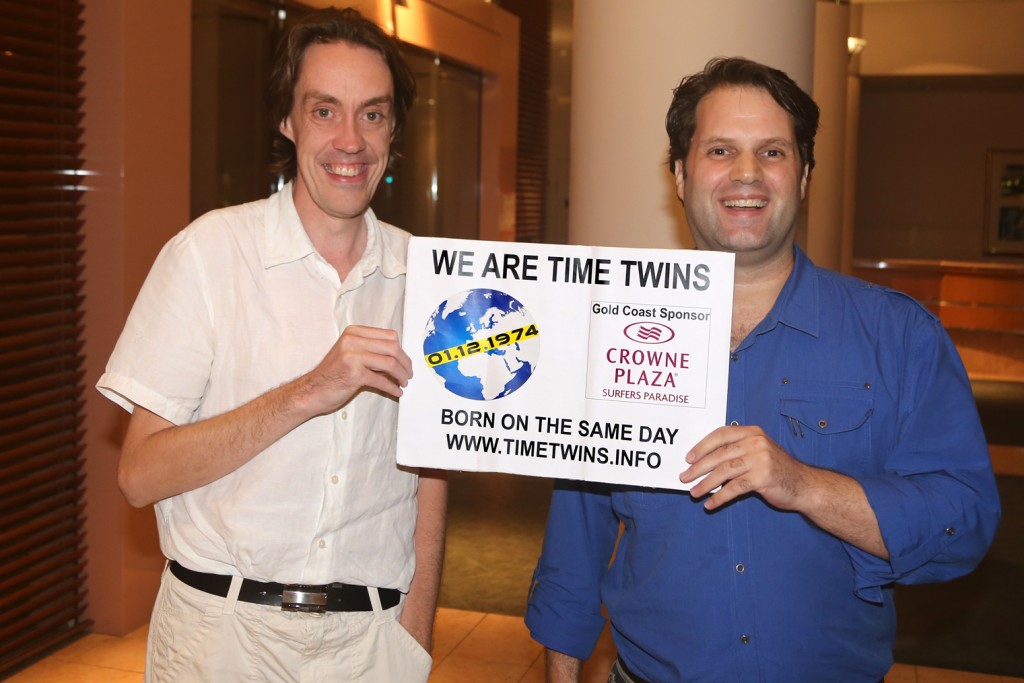 Today was the third day in Surfers Paradise in Gold Coast City.  The brilliant blue skies and the pristine beach seem never ending and there is a real vibrancy about the place: not at all the ‘Ibiza of Australia’ that some elements of the media portray it.

This afternoon was the highlight of the time in ‘Paradise’ so far though, as we met Time Twin Brian at the Crowne Plaza Surfers Paradise.  Brian is originally from New Zealand (our first New Zealand Time Twin) and we spent a thoroughly enjoyable afternoon discussing a wide range of topics from religion to World of Warcraft and landers on Mars to the ultimate man cave.  Was fascinating to learn about Brian’s life, his acting career – including his starring role in Beauty and the Beast, differences in lifestyles between New Zealand and Australia and his new business  -Aplus It Computer Services PTY -among other things.

Thanks to Brian for his time.