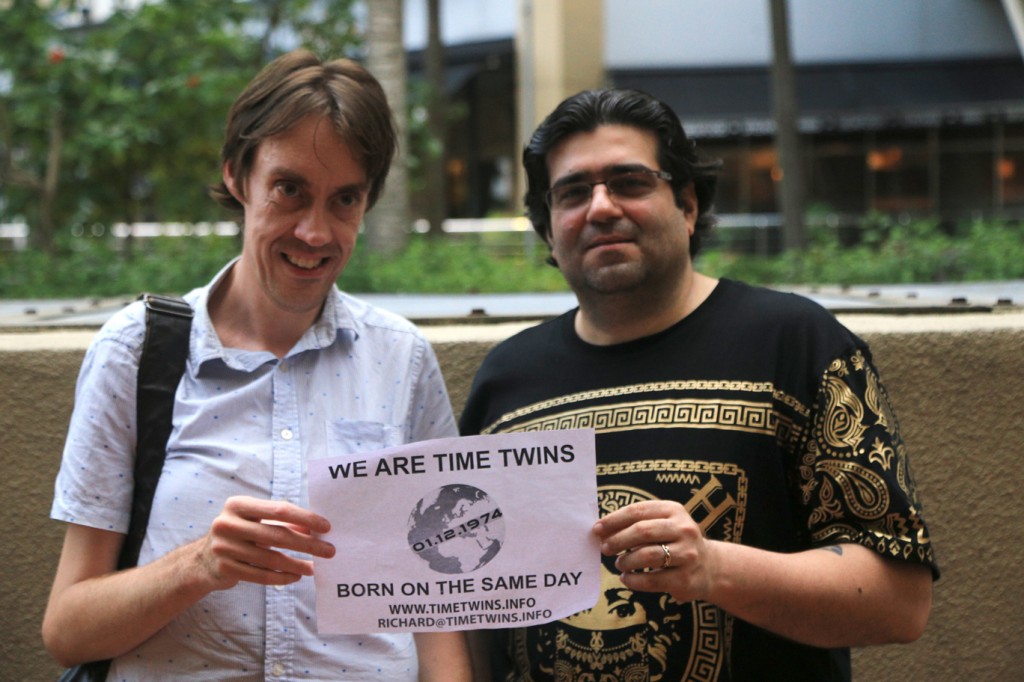 Back in 2012, when I started searching online for people born on 1 December 1974, one of the first people I discovered was an Iranian born musician called Peyman, who had left his homeland and was now living in Kuala Lumpur.

Even reading his short online biography, his life sounded fascinating and it has been a pleasure over the last few days to meet Peyman and learn more about growing up in Iran during the Iran-Iraq war, artistic freedom in Iran, leaving Tehran for his new life in Malaysia, his experiences in Malaysia and his music career.

During the past ten years, Peyman has released six albums, acted as composer, arranger, band leader and sound designer for the Musical dance Theatre in Kuala Lumpur Performance Art Centre’s production of Adam and Eve,  scored a film nominated at the Sundance Film Festival, and managed and organised concerts in Kuala Lumpur that brought over and showcased Iranian musicians.

Find out more about Peyman’s music at his website.