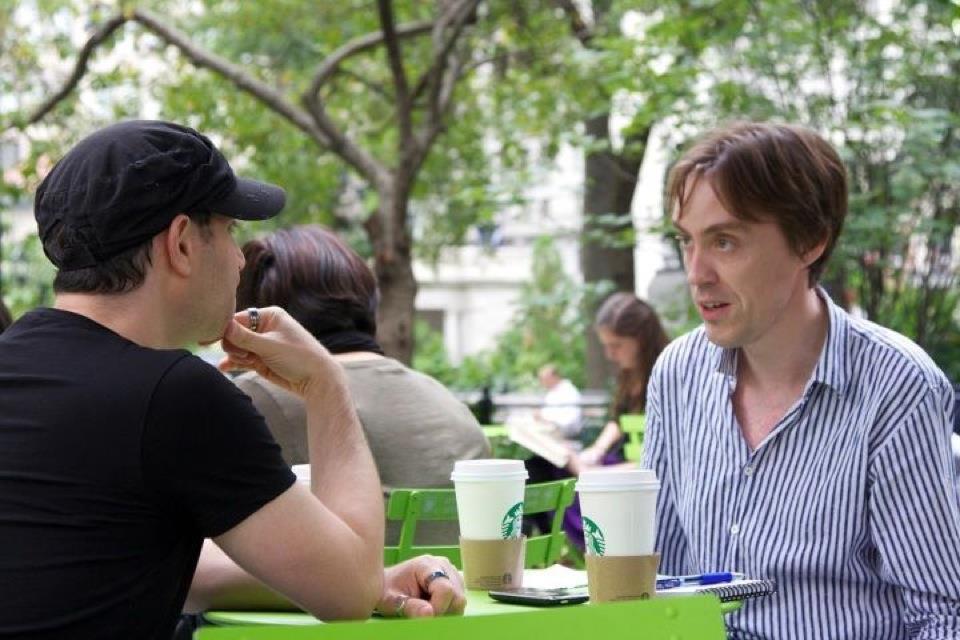 So, the target had been set – I am going to meet a Time Twin.  But who would reply to some random English man emailing them out of the blue saying ‘you were born on the same day: let’s meet’.  I paraphrase of course. Surely, anyone receiving such an email would assume it is spam, or some type of not particularly elaborate con to deprive them of their hard earned money. It was, therefore, with very little expectation of success that I emailed a film-maker, voice coach, actor and ‘cultural omnivore’ in New York City: Dan Parilis. To my incredible surprise and eternal gratitude, he not only replied, but was interested to meet in the Big Apple!  So in October 2011, I was USA bound: on the start of this Time Twin adventure. When we met,  Dan was just putting the finishing touches to his exciting debut feature film: Themes and Intermissions. Find out more about the movie, or his voice coaching, or just him.