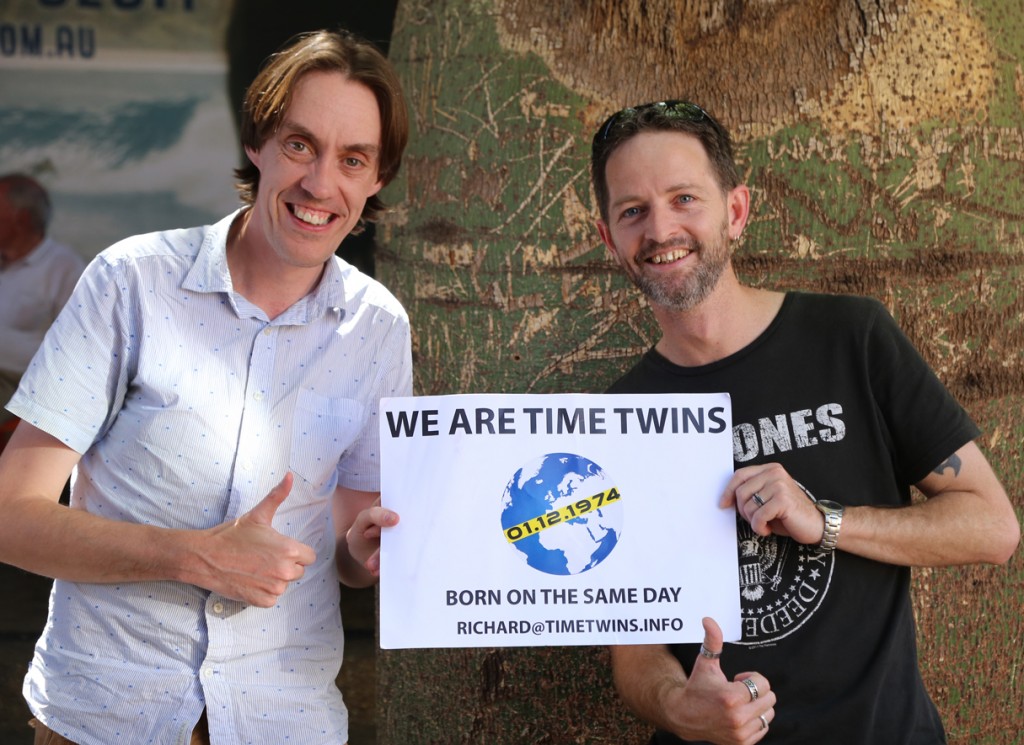 The first Time Twin we met in Mildura was Mick, who was accompanied by his  family.  He had seen the end of the news broadcast and had realised that although he was born on 2 December 1974, he still qualified as a Time Twin.  ‘How?’ you may ask. Well, as Jeremy Lee had previously identified when he interviewed me on his show on ABC South West Victoria, if you were born in Australia in the early hours of December 2 1974, that would have been December 1 1974 in the UK. I certainly think he’s a Time Twin, but what are your thoughts.

We had a fascinating chat about his lifelong love of music and being a musician, his experiences living in different towns across Australia, his vocation and life in Mildura.